1920 : In Detroit, what will become WWJ (950 AM) becomes the first radio station in America to start broadcasting.

1981 : Thin Lizzy’s Phil Lynott appears at Kingston Crown Court where he is fined £200 for possessing cocaine.

1987 : Lindsey Buckingham, who had helped turn Fleetwood Mac into one of the biggest-selling groups of the Seventies, leaves the group after refusing to tour behind its latest album, Tango In The Night. 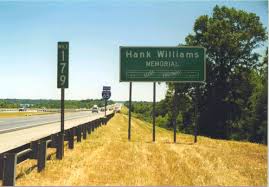 1997 : The “Hank Williams Memorial Lost Highway” is dedicated in Alabama, where the singer was born. The 50 mile stretch on Interstate 65 starts at his childhood home of Georgiana and ends in Montgomery, site of his grave. The ceremony takes place in Montgomery (the state capitol), with Hank Williams Jr. on hand to speak.

2012 : Edgy alt band Green Day continues its hip appeal by partnering with the smash hit video game “Angry Birds.” A special 10-level edition of the game, featuring Billie Joe Armstrong, Mike Dirnt and Tre Cool as green pigs, is launched by video game maker Rovio and players can even unlock a new Green Day song from the tenth level of the game.