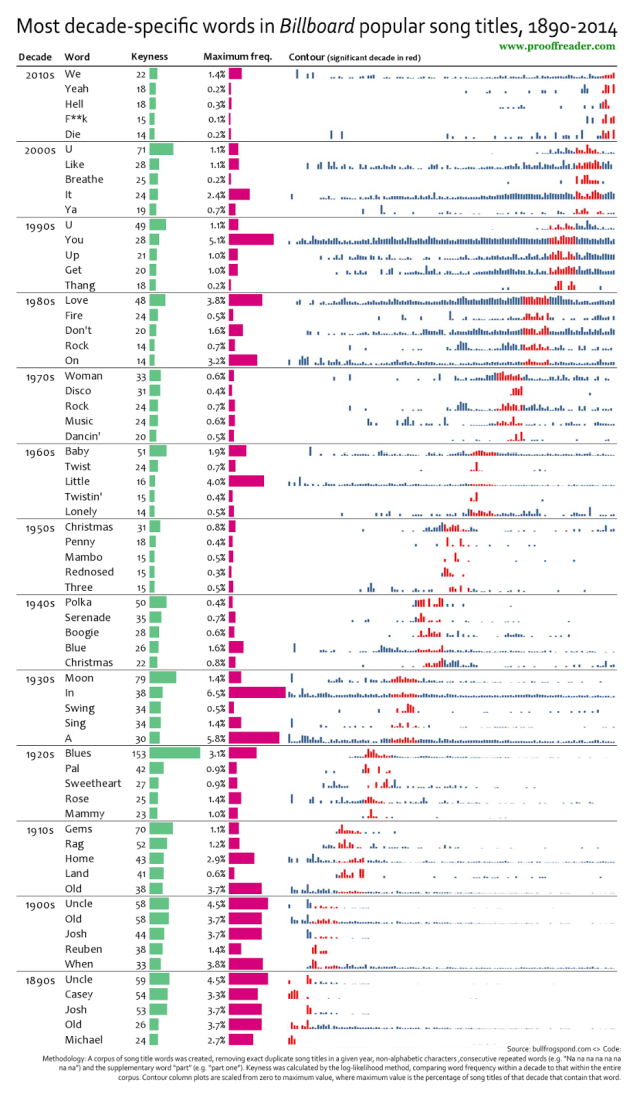 The inspiration for this post came from my being too lazy to set my iPod to shuffle, and then noticing it played a bunch of songs in a row from the 1930s and ’40s that started with the letters “in” (“In the Wee Small Hours of the Morning,” “In the Still of the Night”, etc.) Naturally, being a data nerd, my first thought was to quantify the phenomenon.
The data comes not from Billboard itself, but from  www.bullfrogspond.com; I don’t know much about the data source, but it certainly looks thorough and painstaking, and up to date. If you’d like to know a little more about my methodology (like a quick explanation of the metric, “keyness”), see the code I used and/or see the actual songs that correspond to these words, head on over to my other, nerdier blog, prooffreaderplus.
Observations about the results:
Now if you’ll excuse me, I’m going to hunt through my iPod to see if there’s even one song with “gems” in the title; it seems to have been popular in the 1910s.