Single Ladies (Put a Ring on It)

Check On It ft. Bun B, Slim Thug

If I Were A Boy

At Kelly Clarkson’s concert Wednesday night, she surprised her fans with a cover song in honor of Demi Lovato’s 23rd birthday.

Teasing the song, Clarkson said, “It’s one of my girl’s birthdays tomorrow. And when I say my girl, I mean Demi Lovato. It’s Demi’s birthday tomorrow and she’s always been so supportive and so cool. To see a kid that used to go to my shows have this huge, lustrous career — she’s just killin’ it. I thought I would, for her birthday, sing her new single Cool For The Summer.”

and Demi FREAKED OUT

WOW WOW WOW.. @kelly_clarkson thank you SO MUCH for covering #coolforthesummer at your show tonight!!! BEST BDAY GIFT EVER!! *literal tears*

For the past few years, Lindsay Lohan has been known more for her court room appearance rather than her acting or singing career.

Today, Lohan celebrates her 29th birthday and our birthday wish for her is to get back to what she does best!

“Confessions of A Broken Heart”

The teen pop star-turned-songstress-turned-sometimes Voice coach with the huge pipes turns 34 today, and to celebrate, we rounded up five of her underrated (read: non-single) gems from her career over seven studio albums.

Check them out below.

1. “I’m OK”
This Stripped deep cut is a soulful exploration about a young woman coming into her own and not putting up with bad influences in her life any longer. There are memorable career high points in singles “Fighter,” “Beautiful,” and “Can’t Hold Us Down,” but at her darkest — as she is in this tune about her childhood and abusive father — Aguilera’s powerful voice, here dialed back, shows just how emotionally powerful it can be.

2. “My Girls”
This Bionic track — featuring Peaches — got lost in the dirrty dance-pop era of Lady Gaga, Kesha and more. But its feminist message feels right at home in Beyonce & Nicki Minaj’s 2014.

3. “The Right Man”
Back to Basics was a great marriage of voice with material. While “Candyman” and “Hurt” became the singles on the back half of the album, this beautiful power ballad about feeling confident in her marriage was made for weddings. It’s also a nice compliment to some of her earlier work where she opened up about paint from her childhood, showcasing the future happiness she couldn’t see when she was younger.

4. “Mercy on Me”
This Back to Basics track finds Aguilera experimenting with gospel elements, which of course is a great fit for her large voice. When she lets loose with some of the biggest notes of the ballad, it shows you at her best the kind of chills she can produce.

5. “Sing for Me”
In some of Aguilera’s later work, her gorgeous voice is over-produced and she loses what makes her special. But on this Lotus track, Aguilera’s love for the music is front and center.

2. She is as dedicated to her fans as they are to her.

3. She is extremely philanthropic. She even topped the Celeb giving list in 2013. Her charities of choice include the Nashville Symphony, libraries across the country, UNICEF, and many many more. Watch below as Taylor gives a private concert for a sick kid.

4. She calls out Sexism when she hears it.

5. She is saving the music industry.  1989 is the only album to go platinum this year. It sold more than 1 million copies in a single week.  The last time someone did that was The Eminem Show in 2002. This is how she celebrated

7. When speaking on a panel about Women in Music, Aretha Freakin Franklin sang her Happy Birthday

8. She tries to be a role model for her fans.

“I did wait until I was 21 to drink. I was so paranoid about getting in trouble or setting the wrong example or sending the wrong message.”

“I put every one of my actions through a filter before I do them because that’s the way my life is,”Taylor explained. “That the reality…If I do something reckless or thoughtless or careless, or I treat someone badly, that doesn’t just affect me; it affects that person. Then, if that story gets out, or some 10-year-old sees that I did that in a news article… my actions do have ripples.”

9. She speaks the truth about supporting other women instead of tearing them down.

10. She plays through the pain.  “I’m about to go onstage at @1027KIISFM #KIISJingleBall in LA. Fun fact: I have a wicked case of laryngitis. This should be interesting!” Taylor tweeted before the show.

11. Through all her fame, she still fangirls from time to time

12. On growing up in the spotlight:

My mom has allowed me to grow up one year at a time. She was very protective when I was a teenager, when every other person would say to us, “Are you going to become a trainwreck? When are we going to see you going off the rails like …,” and then they would name these other girls that they perceived to be trainwrecks, which was lovely. So it wasn’t just “Don’t drink until you’re 21,” it was “Don’t be seen holding a glass that they could think alcohol is in.”

13. She is the most supportive friend EVER

14. Family First. Instead of attending the MTV Europe Music Awards in Scotland, Taylor Swift went to Notre Dame to see her brother Austin in a play.

15. She turns the haters around

“We’ve met a few times, and I can’t say anything bad about her,” Gaga said. “What she doesn’t know [is] I was at theAMAs or something. Her and I were sitting next to each other and she goes, ‘Oh my God! I love Artpop. I love ‘Applause,’ and ‘Applause’ is my favorite song.’”

Gaga continued, “I was thinking, ‘Yeah, yeah, yeah. This chick is full of sh-t.’ But then my buddy called me, Brandon, who’s my stylist, and she was doing a shoot and he was styling her. He goes, ‘Taylor Swift is in here blasting Artpop so loud, and she is dancing and she’s posing.’”

“I thought to myself, ‘I like this girl,’” she said. “You know why? Because she said the same thing to my face that she said behind my back. Yeah, I like her.”

16. Her fashion game is on point

17.  She dances like nobody is watching, even though EVERYONE is.

18. On not being afraid to take a chance:

“Everyone, in and out of the music business, kept telling me that my opinion and my viewpoint was naive and overly optimistic — even my own label. But when we got those first-day numbers in, all of a sudden, I didn’t look so naive anymore.”

19. She knows the internet and what everything means 🙂

20. She feels the same way about Justin Bieber as most of the world

21. Taylor Swift is the 1st woman in Billboard history to replace herself at no. 1 on the Hot 100

22. On needing mistakes to happen:

“As much as I would really like to have saved myself heartache, embarrassment or gossip, I also know that my biggest mistakes have turned into my best lessons and sometimes my greatest career triumphs…If my life had been turbulence free, no bumps in the road at all, maybe my music would be more beige, maybe the stadiums wouldn’t be so full and the mantle would be a little more empty.”

Jigga What, Jigga Who

Dirt Off Your Shoulder

On To The Next One 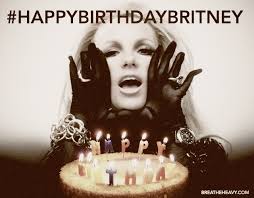 Happy Birthday to the Come Back Queen Britney Spears.

END_OF_DOCUMENT_TOKEN_TO_BE_REPLACED

Today, November 23, is Miley Cyrus’ 22nd birthday.  In her honor, I have compiled the list of her 22 best performances EVER!

Miley has come a long way from her child star days and we want to celebrate all that the past present and future have to offer Miley.

6. “Fly on the Wall” on the American Music Awards

7. “When I Look at You” on American Idol

8. “Lucy in the Sky With Diamonds” on the Billboard Music Awards

12. “Why´d You Only Call Me When You High” on MTV Unplugged

13. “These Four Walls” On Air With Ryan Seacrest

17. “Butterfly Fly Away” on the Miley Sessions

18. “Every Rose has its Thorn” at the House of Blues

20. “Fall Down” on Good Morning America

Today is Miranda’s 31st Birthday, so please enjoy this list of 31 Reasons Miranda is the #bossbitch of country music.

1.  She handles gossip and rumors with a sense of humor.

“@blakeshelton: Me & @mirandalambert are reading about our separation. I hope I get all the liquor in the divorce!” AND the imaginary baby?!

2.  She knows herself and knows what is best for her.  When she competed on Nashville Star  and placed third, she said  “I was hoping not to win. The winner had to go in right after the contest and make a record in a couple of weeks, and I wasn’t ready.”

3. She is a great body-image role model

4. She is unapologetically southern

5. She is the most decorated Female at the Country Music Associate Awards.

END_OF_DOCUMENT_TOKEN_TO_BE_REPLACED

1. When She Fronted Nirvana for the Rock n Roll Hall of Fame Induction

2. When She was parodied on South Park and was in on the joke.

3. When a redditor claimed to have met her and she shut them down hardcore.

4. When she thought of the best way to protest the Westboro Baptist Church.

5. When she messed around the Photobooth

NZ TOUR TICKETS TOMORROW AT NOON THIS IS NOT A DRILL pic.twitter.com/xw5aY2KZ6m

7. When she embraces her imperfections

“As a young person who is obsessed with popular culture, fashion, and beauty, sometimes it can be a little overwhelming thinking about all your imperfections compared to these people who are flawless,” she admits. “I think a lot of people believe that being famous makes you superhuman. I think the standards don’t have to be how they are. I just think about my girlfriends and how we all get acne. We feel terrible about it because we feel like it doesn’t happen to anyone else. So I’m like, ‘Look, it’s OK.’”

8. When she and her Bestie, Taylor Swift, have twitter convos

9. When she was a school girl, just a year ago.

10. When She encourages other youngster to vote

11. When she is completley honest  about her contemporaries.

On Taylor Swift songs: “I try to stay away from talking about boys all the time. You can go to Taylor Swift to hear that.” On Justin Bieber: “I feel like the influences that are there in the industry for people my age, like Justin Bieber or whatever, are just maybe not a very real depiction of what it’s like to be a young person.”  On the Disney stars: “The difference between those kids and me is that I grew up completely normally and went to parties and had that experience. I am way less inclined to be like, ‘Look! I’m fucking mental!’”

12. When she turns the tables on aggressive paparazzi

i find this curious – two photos from today, one edited so my skin is perfect and one real. remember flaws are ok 🙂 pic.twitter.com/PuRhxt2u2O — Lorde (@lordemusic) March 31, 2014

14. She loves cheese as much as we do

15. Whenever she performs live

16. When she gets excited by other artists