We’ve examined the most talked about drugs in hip-hop and the rappers who were talking about them the most, and now Project Know has applied the same to rock ‘n’ roll. Digging through the lyrics of 15,000 songs, alcohol was easily the most discussed substance, followed by weed and cocaine. Separated into the five categories of alcohol, cocaine/crack, meth, prescription painkillers and weed, Tom Waits not only leads in mentions of alcohol, but also leads other artists with over 60 songs mentioning drugs or alcohol, followed by Grateful Dead and Bob Dylan with both over 30 songs each.

… and zero f#@ks were given. “The song is inspired by a lot of the things I was listening to whilst in Sweden at the end of last year,” Charli told BuzzFeed. “I spent about a month making a punk record and covering songs by Swedish punk bands like Snuffed By The Yakuza and stuff. This song was written when I came out of the other side of that punk phase and translated it into something more pop. Obviously, it’s about not giving a fuck.”

Charli XCX’s sophomore album, Sucker, to be released in October. Listen Below

Watch @Kiesza take New York by storm with a series of pop-up performances all around town http://t.co/yjooKm3zv7 pic.twitter.com/GdNRxszR0a

And so it begins! #pwt 🎉 pic.twitter.com/oZb4uaMoB3 Ryan Adams is due out September 9th on Adams’ own Pax-Am label. The song “Give Me Something Good” is a bluesy, guitar heavy, retro song that is the first song of this album.  The video was just released today and features Elvira as Adams’ love interest. Enjoy! 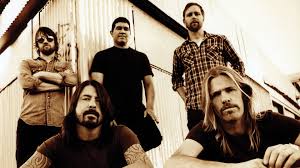 1958 : On “compassionate leave” from the Army, Elvis Presley travels to Memphis’ Baptist Memorial hospital to be by the side of his mother, Gladys, who is quickly deteriorating from acute hepatitis.

1966 : The Beatles begin the US leg of their last tour, playing a date at the International Amphitheater in Chicago, IL.

1967 : Fleetwood Mac make their stage debut at the National Jazz and Blues Festival in Windsor, England, alongside such acts as Donovan, Cream, The Small Faces, and Chicken

1970 : At Harvard, Janis Joplin performs what would be her final concert, ending with a version of Gershwin’s Summertime.

2008 : The man who shot and killed John Lennon, Mark David Chapman, is denied parole for the 5th time.

1966 : At a Beatles press conference in Chicago, they try to explain John Lennon’s remarks that they are “Bigger than Jesus,” which has caused a media uproar. Part of John’s explanation: “I was pointing out that fact in reference to England – that we meant more to kids than Jesus did, or religion, at that time. I wasn’t knocking it or putting it down, I was just saying it as a fact.”

1972 : The mayor of San Antonio, TX, declares today “Cheech and Chong Day” after the popular comedy duo, although neither was born anywhere near the city.

1976 : Keith Moon trashes a hotel room – no surprise there. But this time The Who drummer is hospitalized after beating up his room at the Fountainbleau Hotel in Miami.

2004 : Vanessa Williams and her basketball husband Rick Fox get divorced.

2011 : Go-Go’s receive the 2,444th star on the Hollywood Walk Of Fame. It is located where the legendary punk club, The Masque, used to stand. Go-Go’s frequently played this club during their early years.