Reflecting the warmth and personality Jon Favreau brought to his holiday comedy Elf, the movie’s soundtrack features a dozen Christmas and holiday songs picked by Favreau. Most of these songs have a retro appeal, including Louis Prima’s “Pennies From Heaven,” Ella Fitzgerald’s “Sleigh Ride,” and Eartha Kitt’s “Santa Baby.” Leon Redbone appears on three of the tracks, “Winter Wonderland,” “Christmas Island,” and in a duet of “Baby It’s Cold Outside” with Zooey Deschanel. Other highlights include Brian Setzer’s lounge and rockabilly tinged “Nutcracker Suite,” Ferrante Teicher/Les Baxters’ “Sleigh Ride”/Santa Claus Party,” and Billy Preston’s “Nothing From Nothing.” A charming soundtrack, Elf also manages to outclass many Christmas albums in terms of holiday cheer.

The Sound of Music  is a musical with music by Richard Rodgers, lyrics by Oscar Hammerstein II and a book by Howard Lindsay and Russel Crouse. It is based on the memoir of Maria von Trapp, The Story of the Trapp Family Singers. Many songs from the musical have become standards, such as “Edelweiss”, “My Favorite Things”, “Climb Ev’ry Mountain”, “Do-Re-Mi”, and the title song “The Sound of Music”. Happy (early) Halloween! The Rocky Horror Picture Show was not successful in its initial theatrical run, but then a strange thing happened. In 1976, the Waverly Theater in New York’s Greenwich Village began showing the film at midnight on Fridays and Saturdays. Soon, a cult of repeat viewers began turning up every week; they began to dress like the characters, call out their own comments at strategic moments, sing along, and add their own theatrical effects. The phenomenon spread across the U.S., with fans rivaling Trekkies and Deadheads for loyalty and eccentricity, and The Rocky Horror Picture Show took on a life Richard O’Brien never could have antici…pated. 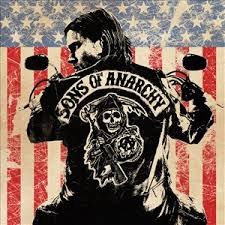 Sons of Anarchy is one of my favorite shows on television right now.  Like any good drama, it uses music as an extra character and to help establish the atmosphere of the show. Along with traditional rock and roll, Sons of Anarchy commonly uses newer recordings of lesser-known artists, sometimes its own stars like Katey Sagal. Listen below to the music of SOA.