1959 : The GRAMMY Awards show is televised nationally for the first time.

1966 : Elvis hears Tom Jones’ version of Green Green Grass Of Home on the radio just outside Little Rock, and calls the radio station to hear it several times. Elvis would eventually cover the song.

1979 : Paul Simon hits his record label, CBS, with two lawsuits in an attempt to break his contract.

2001 : George Harrison succumbs to lung cancer at age 58. His final hours are spent with his wife, son, and musician Ravi Shankar at his side.

2003 : In front of a crowd of 40,000+ at Greenpoint Stadium in Cape Town, South Africa, The Corrs make their first concert appearance as part of Nelson Mandela’s 46664 campaign to raise AIDS awareness in Africa. Alongside artist like Bono, Beyonce and Peter Gabriel they help raise money for the Nelson Mandela Foundation for AIDS.

The Pompeii rockers paired with Haim for the song Bite Down. The new track is off Bastille’s upcoming mixtape, VS (Other People’s Heartache Pt. III), out Dec. 10 and featuring collaborations with artists such as Angel Haze, MNEK and Lizzo.

“When Haim came in, they all sang, Danielle played guitar because she’s wicked at it,” lead singer Dan Smith told U.K. magazine DIY about the stomping Bite Down. “Este did some bass stuff, we did some programming, I wrote it but it all actually happened in one evening. Three or four hours.”

You can listen to the full song right here:

The Neighbourhood has been teasing their mixtape EP #000000 & #FFFFFF for months now, but it looks like they’ve finally released the gratis rap mix for the masses.

It’s a newer side to The Neighbourhood, until you consider that lead singer Jesse Rutherford actually has a broad history of rapping (“Sweater Weather” was originally a hip-hop song, mind you).

These days, we’re glad to hear him crooning over pop noir beats.

1974 : John Lennon joins Elton John on stage at Madison Square Garden, reciprocating for Elton’s appearance on Whatever Gets You Thru The Night. They sing that one as well as The Beatles’ I Saw Her Standing There. It would be Lennon’s last concert appearance.

2001 : Aretha Franklin sues the tabloid Star magazine for $50 million over a December, 2000 article titled “Aretha Franklin Drinking Herself into Grave.”

“I get inspiration from guys—they’re obviously a huge source of information—living in New York, and my friends and experiences we have,” the 18-year-old entertainer told Teen Vogue. “In your teen years, everything is kind of heightened—I started feeling like that when I was 16. It was like every emotion I could possibly feel was intensified by a million.”

“This is a song I wrote about those guys who are players and use people and just generally aren’t really good people,”Abigail added. “It’s about things I’ve witnessed—it’s not OK when guys don’t have respect for girls. I wrote it in the heat of the moment, and I think a lot of people will relate to it.”

Madonna has been around for 30+ years setting trends, new styles and spreading controversy since day one, but most of all, she has been delivering GOOD music.

Back in 2012, just before the release of her much anticipated ‘MDNA’ album, I read an article in which, the author, claimed that she was ‘trying too hard’ and that she looked ‘desperate’. The album received mixed reviews and some fans were complaining about the ‘new sound’ of the Queen of Pop. This wasn’t the first time something like this happened to the Material Girl. Back in 2008, her album ‘Hard Candy’ was roughly criticized and was labeled as one of her weakest works at the time.

Nowadays, Madonna has been creating a lot of buzz around her upcoming studio effort, she has been promoting her project ‘Revolution of Love’ and has been taking some risqué shots with pop artist Katy Perry for the…

1954 : On tour, Elvis Presley sends a telegram to his parents: “Hi babies, here’s the money to pay the bills, don’t tell no one how much I sent I will send more next week. There is a card in the mail. Love Elvis.” 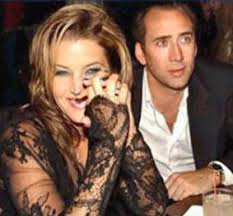 2011 : Sugarland’s lead vocalist, Jennifer Nettles, marries her boyfriend of two years, Justin Miller, at a chapel in the foothills of Tennessee’s Smoky Mountains.

Check out the premiere of Bebe Rexha‘s acoustic version of her song “I Can’t Stop Drinking About You,” providedexclusively to JustJared.com.